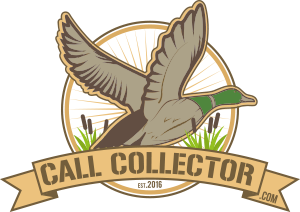 The single reed call generally produce more volume and can give you very loud hail calls and comeback calls; great for wide open spaces.  It’s also good to use with loud winds, high flying ducks, and long range calling.  Single reeds have a lot of range in pitch and tone, making them great for sounding like lots of different ducks.   However, single reeds take more practice to master and if you can’t blow it correctly, it could ruin your hunt.

If you are a novice duck caller, or simply do not want to practice much, a double reed call is probably best for you. Double reed calls tend to be more raspy and “ducky” sounding without much effort.  However, double reed calls take more air to blow and don't have as much range as single reed.   A major disadvantage of double reed calls is their tendency for the two reeds to stick together in temperatures slightly above freezing.

On a double reed configuration, the outer "reed" is not a sound-producing device, but a return spring. It allows you to blow harder and the reed strikes the tone board harder. The double reed does still take practice to master.

Triple reed calls, like the double reed, are very easy to use and can perform the quack, hail call, and the feeding chuckle without any issues.  Though they are not as loud as a single reed they are great for the beginner, and are easily picked up and use right out of the package.